What Is Sleep Apnea And How Can It Be Treated? 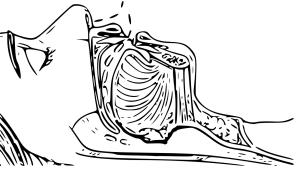 Sleep apnea is a disorder in which one or more pauses in breathing, or shallow breaths, occur while you sleep. Pauses in breathing can last from a few seconds to minutes and they may occur more than 30 times in an hour.

Sleep apnea effects millions of people and is a chronic lifelong disorder. Each pause in breathing is called an "apnea" which means "no breath".

When breathing is irregular, carbon dioxide builds up in the bloodstream which triggers the brain to wake up.

Left untreated, people with sleep apnea stop breathing repeatedly during their sleep, sometimes hundreds of times. The brain and body may not get enough rest or oxygen in these cases.

Not all types of sleep apnea are the same, some can be treated by mouthpieces. Many snoring mouthpieces have been cleared by the FDA for the treatment of mild to moderate sleep apnea.

The prevalence of sleep apnea has increased in the last two decades. In a study from 2013 in the United States, random men and women were checked for moderate to severe sleep apnea with the following results:

Why Does Sleep Apnea Occur? 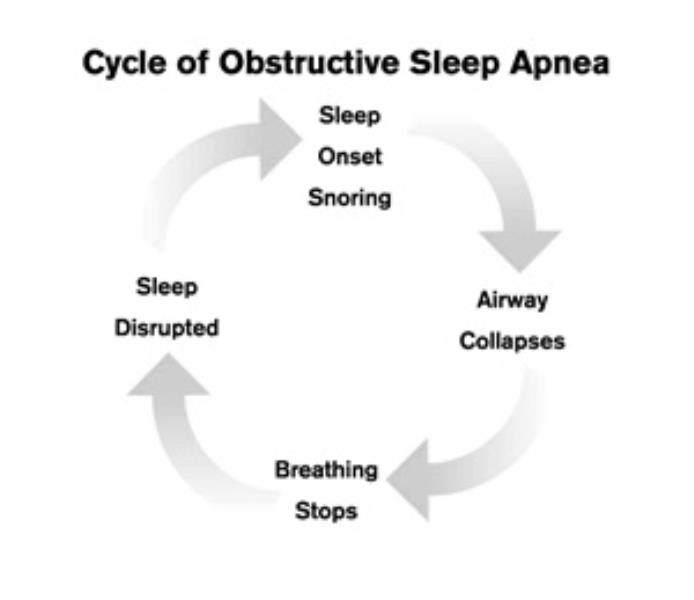 When someone with sleep apnea goes to sleep, gravity and muscle relaxation allows the tongue and surrounding soft tissue to fall back into the throat area. This collapses the airway and obstructs air flow.

The airway collapses after the onset of sleep and this causes the breathing to stop. Sleep is disrupted when an apnea event occurs. The person with sleep apnea will then go back to sleep and repeat the cycle.

There are many contributing factors which can increase sleep apnea occurring but the basic process is the same, the airway is obstructed during sleep. A person with sleep apnea may not be aware they have it.

Being overweight, drinking alcohol before sleep and sleeping on one's back are some of the biggest causes for sleep apnea.

Sleep apnea usually is a ongoing condition that disrupts your sleep. When your breathing pauses or becomes shallow, you’ll often move out of deep sleep and into light sleep.

The quality of your sleep is poor with sleep apnea, which makes you tired during the day. Sleep apnea is a leading cause of excessive daytime sleepiness.

CSA often occurs in people who are seriously ill from other causes such as:

Groups At Risk For Having Sleep Apnea

How Is Sleep Apnoa Diagnosed?

If you believe you may be suffering from sleep apnea, you should visit your doctor.

For sleep apnea to be formally diagnosed, you must undergo a sleep study. This is usually done overnight at a sleep clinic. Doctors will assess you overnight to see whether you have pauses in your breathing during sleep, and how frequent these pauses are.

To determine what type of sleep apnea someone has, it is often recommended to do a sleep study (also called "polysomnogram"). During a sleep study a device is worn while sleeping that records brain activity. It can determine how many times someone wakes up during sleep due to not breathing.

The sleep study can indicate vital sign information such as brain waves, heart beat and breathing.

The following questions can be used to help evaluate if you have sleep apnea:

These results do not replace the advice of a medical professional, they only help in assessing your sleep apnea. 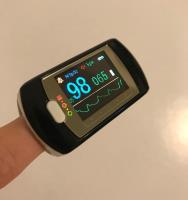 When sleeping, people usually have less oxygen in their blood than when they are awake. For someone experiencing sleep apnea, the oxygen percentage in the blood is much lower than someone without sleep apnea.

By using a pulse oximeter, it is possible to measure the percentage of oxygen in the blood by using the finger.

According to ucsfhealth.org, if your oxygen level is normally 94 percent while awake, it is unlikely that your saturation during sleep will fall below 88 percent. Below 88 percent is considered the onset of sleep apnea at sea level.

Oxygen saturation at sea level according to harvard.edu:

Oxygen levels at high altitude (8661 feet/ 2640 meters above sea level) were conducted on people with severe sleep apnea. The results were:

It is possible to have sleep apnea without snoring, this is known as "silent apnea". Treating snoring will not fix sleep apnea. The only way to know if a person has sleep apnea is to do a sleep study.

Options not using a mouthpiece, CPAP or surgery according to Dr. Axe:

Before and after CPAP in the patient:

Sleep Study Scoring on a patient with severe snoring and fragmented sleep from sleep disordered breathing and sleep apnea. This is an all night polysomnograph. This patient has a high AHI (amount of apena wake ups in the night). Sleep stages and respiratory scoring are reviewed in video. Video by: freecpapadvice.com. 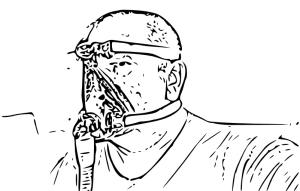 There are many different ways to treat sleep apnea. These solutions have helped people from around the world sleep better at night:

One important difference between CPAP and mouthpieces is their likelihood of being used. In a 2013 study, CPAP was more effective at reducing AHI (Apnea–Hypopnea Index, the quantity of sleep apnea wake ups at night), but more people are likely to wear a mouthpiece at night. 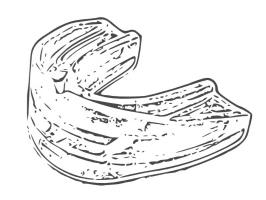 Sleep apnea mouthpieces are usually custom fit by a sleep doctor or dentist. During this process an impression (mold) of the bite is taken and made into plaster. This enables the mouthpiece to have the best possible fit. An example of such a mouthpiece is the SomnoDent.

What makes a sleep apnea mouthpiece different from a snoring mouthpiece is generally the quality of the impression. The better the fit and the most adjustment it offers, the more it is considered specific to sleep apnea and not just snoring.

Many snoring mouthpieces are approved by the FDA for mild to moderate sleep apnea. This means you can buy one online yourself and see if it works for you. This can be useful information for a doctor.

If you are unable to see results using a mouthpiece, you can consider machines which help with breathing at night.

Steps To Take If You Think You Might Have Sleep Apnea

Sleep apnea often goes undiagnosed. Doctors usually can't detect the condition during routine office visits, it is usually recommended to do a sleep study because no blood test can help diagnose the condition.

Most people who have sleep apnea are unaware because it only occurs during sleep. A family member or bed partner might be the first to notice signs of sleep apnea such as gasping for air.

The most common type of sleep apnea is obstructive sleep apnea (OSA). In this condition, the airway collapses or becomes blocked during sleep which causes shallow breathing or breathing pauses.